A Caisson Construction
at Patras Port 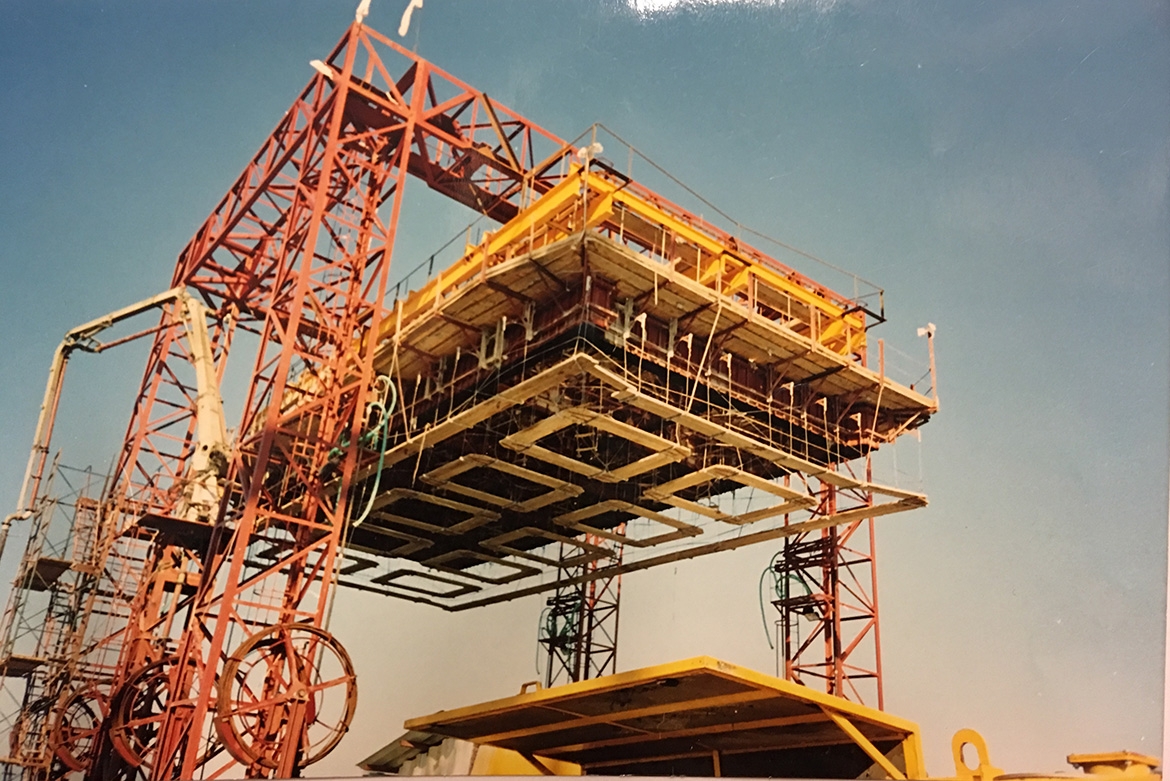 A gantry slipform was used at this case.

The slipform for these caissons has a main working platform area of about 300 m2 and weights about 90 tons.

The same slipform was used 188 times without being dismantled. It was transferred with a barge over sea to 2 harbors where the caissons were constructed.

After the completion of each caisson, the slipform was suspended by 4 points from the main gantry with hydraulic winches. The construction platform was then submerged and the cellular caisson was floating and towed by a barge.

Each caisson was constructed and towed away within three days.

The slipform, as shown in the photos, has 3 working platforms, used as explained below:

The whole gantry slipform have the following parts: